A devastating disease caused by mysterious protein contributed to most deaths among elders globally.

USA (Aug 19, 2021): Louise P.N. Kibuuka has now launched her action & adventure-based story about a dreadful disease. The narrative revolves around a disease that is sweeping the globe and killing a large number of people.

The Good Samaritan Centre was in a quiet green village. The people housed there appeared to be living against their choice. They were baffled as to why they were at the Centre. As a result, they attempted to flee by turning the door locks but failed. They were unaware of the fact that they were kept there for their protection and well-being.

People could view the open, gorgeous garden built from the Centre's glass doors. It was a landscape that offered peace, enjoyment, and emotional treatment that one could enjoy. Outside the doors, the race for research and treatment for the deadly sickness that was wreaking havoc on people's lives, particularly their seniors, and subsequently symptoms detected among others, were at an all-time high. 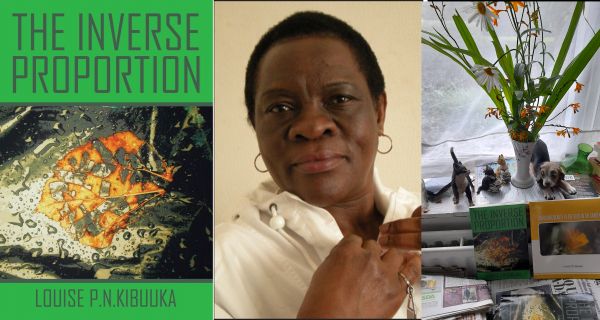 Justina was in this Centre where she took up the responsibility to make her observation. The disease was spreading globally and got people affected by it. The mysteriously-caused disease from a protein was proving every kind of trusted medication trial a failure. And eventually, a new case was coming up every 67 seconds. Justina even found out about her church friend diagnosed and admitted into the hospital with the same disease.

The book thus showcases the terrific disease that was responsible for most deaths in the country. And Justina wanted to contribute to help the people in this dreadful situation.

Louise P.N. Kibuuka shares her appreciation to the first publisher of the book which is the AuthorHouse, the famous photographer Mr. Stasys Mackonis. who donated the cover photograph and the Alzheimer's Society USA who kindly allowed her to freely use their reports during her research.

Global Summit House celebrates the visions of influencers and authors through their tales and about topics that no one cares for or even talks about.

For more information about the story, please visit: https://www.amazon.com/Inverse-Proportion-Louise-P-N-Kibuuka/dp/1524667676

8/31/2021 Global Summit House Launches an Adventurous Tale in the Book Called Greasy Side Down.
Recently, a new book was launched by the Global Summit House. It is Greasy Side Down, written by the renowned author Ken Obenski describing the fun reminiscence of the authors’ life
8/19/2021 Global Summit House Recently Launches the Book Blood Wars Representing Two Brothers
Global Summit offers a book describing the journey of two brothers turning into a Vampire and a Werewolf due to a dark prophecy.
9/2/2021 Global Summit House Announces the Launch of Elizabeth Chanter’s Book of Mystery
Finding the uncovered mysteries behind the name brings in joy or will ensnare the couple is a question.
7/4/2020 Michael Rose presents ‘There Is Something Wrong with the System, ’ a book that discovers the truth
Michael Rose offers There Is Something Wrong with the System, where he has explored and discussed a universal reality that promises to be extremely healing.
7/1/2020 Tim Marshall presents ‘The Intimacy Equation’; an innovative metaphysical thriller book
Tim Marshall presents his new book, ‘The Intimacy Equation, ’ an experiment secretly being used on pregnant women is surprisingly effective.
Home Products and Services Articles and publications About Us Contact Us Customer Reviews Site search
×