Global Summit offers a book describing the journey of two brothers turning into a Vampire and a Werewolf due to a dark prophecy.

(Aug 19, 2021): Global Summit House has recently launched a book that represents a fictitious story about two brothers by Shane Hughes. In his book – Blood Wars: The Beginning, Hughes presents a journey of two brothers shoved under the shadow of a dark prophecy.

Hughes presents this fictitious narrative that follows with two brothers, one of whom is a Vampire and the other a Werewolf, as they embark on their new life journey. A terrible prophecy is realized in the shadows when the Banished Kings’ descendants seek for the relics to resurrect him. 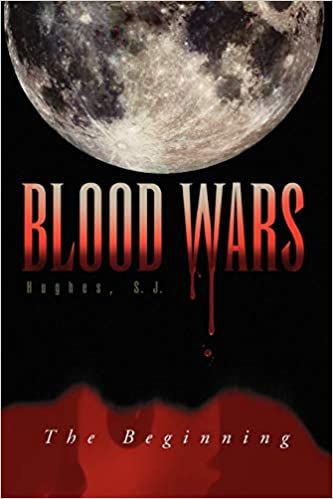 The author's innovative skills draw the attention of children, teenagers, and adults to the narrative, which depicts the new life of the brothers. By plotting the characters intricately, Hughes tries to describe each detail meticulously by offering a unique take on vampires and werewolves. The story's intriguing twist thus, combines dark shadow fantasy with paranormal fiction, while the two brothers' battle seems thrilling.

And through this well-trodden myth, the author presents an exciting storyline while being highly innovative. Children, teenagers, and adults who love reading general fiction combined with horror and paranormal literature, as well as fantasy, may find this story fascinating.

The allure of a terrible prophecy adds a fresh layer of intricacy to the book's plot while depicting how the deported king's descendants attempted to resuscitate him. The characters are brought to prominence and infused inside the imaginative fantasy by wide speculation of occurrences.

Global Summit House builds up connections engagingly with communities through a social brand or a book at a time. The company celebrates the ideas of new authors, influencers, publishers and shares stories about their interesting topics that are worth tracking and discuss topics that no one cares about.

For more information about the story, please visit:

8/31/2021 Global Summit House Launches an Adventurous Tale in the Book Called Greasy Side Down.
Recently, a new book was launched by the Global Summit House. It is Greasy Side Down, written by the renowned author Ken Obenski describing the fun reminiscence of the authors’ life
9/2/2021 Global Summit House Announces the Launch of Elizabeth Chanter’s Book of Mystery
Finding the uncovered mysteries behind the name brings in joy or will ensnare the couple is a question.
8/19/2021 Global Summit House Launches the Inverse Proportion Book Based on a Dreadful Disease
A devastating disease caused by mysterious protein contributed to most deaths among elders globally.
2/20/2021 Alan Shinkfield’s “A Layman's Understanding of The Book Of Revelation! ” explores the deeper meanings
Alan Shinkfield is the author of “A Layman's Understanding Of The Book Of Revelation! ” and in his book he discusses the fundamental truths expressed in The Book Of Revelation.
9/2/2021 A story of how the one percent wealthy took over our political establishment
Author Cliff Somers recently launches an interesting book named How Stupid are We depicting how the wealthy ruled over the Republican Party.
Home Products and Services Articles and publications About Us Contact Us Customer Reviews Site search
×